Scrub Transmissions is an occasional ongoing installation project in which I mortar an mp3 device into the fabric of a structure, somewhere in the city or its outskirts. A rumination on the built environment, a discreet intervention. The mp3 continuously loops a piece of music unavailable to hear anywhere else. Entombed, the music falls silent when the battery dies, and becomes an artefact / a relic / a piece of rubbish.
Scrub Transmissions: Mancunian Way 062012

A discrete intervention in concrete. A rumination on how the built environment affects the psyche; redefining sites of beauty.

Formerly known as ‘TUP’ (The Utilitarian Poetic). An installation by LoneLady in association with the Manchester Modernist Society, as part of Love Architecture Festival 15-24th June 2012. Full press release.

Using quick drying mortar, I embedded an MP3 player into the fabric of concrete slip road  beneath the Mancunian Way motorway, leaving the input socket exposed for the listener to plug their headphones in and listen to unreleased track ‘Good Morning Midnight’ looping. An invitation to inhabit a forlorn patch of ground, overlooked, weedy, graffitied, an in-between space. An intentionally solitary experience, listening to an entombed song beneath a backdrop of roaring motorway traffic.

I have lived in a towerblock next to the Mancunian Way motorway since I was 18. Surrounded by concrete, over time my environment gradually revealed its qualities. The site of this installation is visible from my tower block window.

This towerblock is a fortress, a bunker, a submarine, a cell, in which to experience differing states – hermetic, embattled, invigorated, transcendent. I’m both part of and apart from my surroundings, lifted to consider a seventh-floor perspective from the ramparts of my concrete cube bolt-hole. Situated directly beside a dual carriageway, the towerblock is engulfed by the permanent white-noise tone poem of ceaseless vehicle engines.

At times, this environment seems to “bespeak incredible pressures, like those to which a submarine is submitted” (Paul Virillio, Bunker Archeology). Here, aggression and anonymity exiles the self from self; tideless canals weave between buildings in slow ceremony, opaque and secretive; the climate is fractious, aggressive. Among the hard echo of space and surface; I came to perceive the magic transformation in the alchemical concrete. 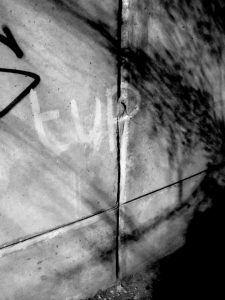 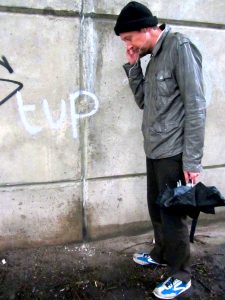 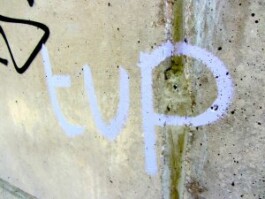 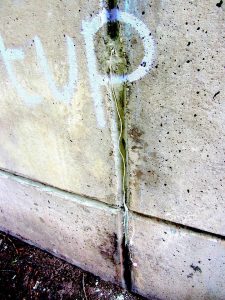 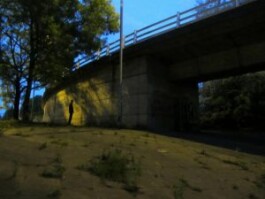 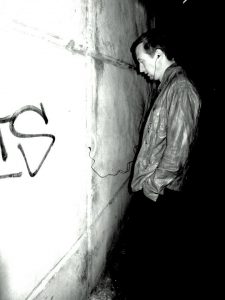 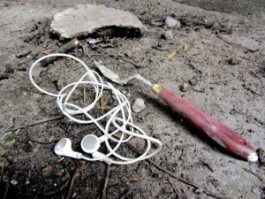 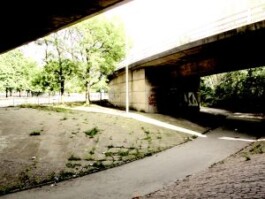 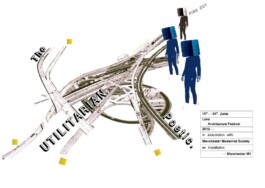 Tune Into Architecture – review by Natalie Bradbury AKA ‘The Shrieking Violet’